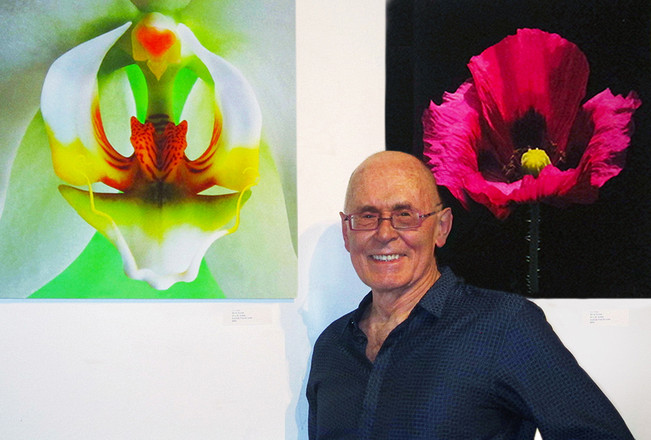 Growing up in South Africa, Ian developed an early passion for flowers and color and light, all of which is evident in his unique photographs. Ian immigrated to America with his family in 1980 and lives and works in New York City. Ian has been influenced by artists such as Turner, Rothko and O’Keeffe and continues to explore new ways of photographing flowers, developing his own unique style of photography.

Ian has had several solo shows in New York and Cincinnati and has participated in group shows at the Cooper-Hewitt Museum, the Kennedy Space Center and has exhibited in galleries, both in the States and in South Africa. Ian has work in the Pulitzer Collection, the NASA Collection, and the Allen Collection, and in numerous other private collections.